Darwen-based engineering & fabrication company WEC Group has achieved major national recognition after being crowned with The British Army Award for Large Employer of the Year at the National Apprenticeship Awards 2020. 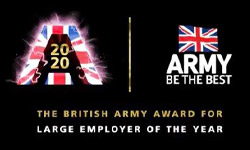 The Awards which are in their 17th year took place on Thursday 25th November as an online ceremony, hosted by BBC Breakfast presenter Dan Walker. The event celebrates the achievements of outstanding apprentices and apprentice employers who champion the benefits of apprenticeships across England. It is one of the most sought-after awards in the training and education world, with over 1100 companies and apprentices applying every year and only 10 national winner titles awarded among these across an array of categories.

Education secretary Gavin Williamson gave his congratulations to the winners, saying: “The National Apprenticeships Awards are a brilliant opportunity to showcase the power of apprenticeships to transform lives and businesses, while helping people of all ages and backgrounds to get ahead.

“It’s fantastic to see so many excellent examples of employers of all sizes continuing to embrace the benefits apprenticeships have to offer, and all the apprentices who have gone above and beyond.”

WEC Group were rewarded in the large employer category for their consistent track record of providing Excellence in Apprenticeships, following three consecutive regional wins and two national highly commended titles in the competition.

Kris Mercer, Training and Development Manager at WEC Group Ltd said “We are absolutely thrilled to have been named as the National Large Apprenticeship Employer of the Year 2020. To have our Training Academy recognised on a national level means the world to us as a Group and we are incredibly proud of everything we’ve achieved since we set up our apprenticeship scheme.

Apprenticeships are at the heart of our continued growth and success and we truly believe that our apprenticeship programme is leading the way to bridge the gap between education and the actual needs of engineering employers locally. Over 200 apprentices have now trained in our Academy and many of them have progressed within the organisation allowing our company to treble in size.”

WEC Group’s crowning achievement at the National Apprenticeship Awards is the culmination of a 14-year journey to tackle the local skills gap and a great success story in itself. 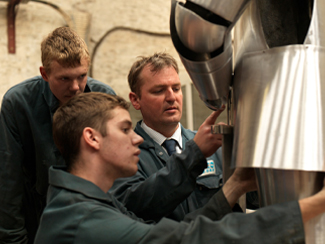 After turning down work in 2006 due to being unable to fill skilled positions because of a local shortage of highly skilled welders & fabricators, WEC Group’s MD Steve Hartley took the brave decision to set up an in-house Engineering & Welding Training Academy to give local students an alternative to going to college/university, and cover all the ongoing costs including a full-time training Instructor.

Despite the lack of funding available at the time, WEC decided to take the £250,000 annual cost of running their Academy “on the chin” as an investment towards the future. 14 years on, the gamble has paid off and WEC Group is now producing home-grown talent which play a big part in supporting the company’s ongoing growth.

Over 200 apprentices have now come through the doors of the WEC Academy and the scheme has also been rolled out to other parts of the WEC Group, with a second training academy being set up in 2015 at their Rotherham subsidiary MTL Advanced to emulate the successful Darwen scheme. Over 50% of the company’s core welding workforce are now current or former apprentices trained in one of the WEC Academies, and the resulting increase in skill levels has enabled the company to win international contracts which were previously beyond their reach.

The quality of the training provided to their apprentices has been showcased by recent success at international competitions.

Last year, one of the company’s apprentices Tyler Atkinson made history by being the first North West apprentice to represent the UK at the international WorldSkills competition in Kazan, Russia in the Construction Metalwork category and officially ranking as one of the top 10 welding apprentices in the World.

Another WEC apprentice Kieran McShane is now following in Tyler’s footsteps and has been selected for Squad UK for WorldSkills Shanghai in 2022, another great testament of the quality of training received by WEC apprentices. 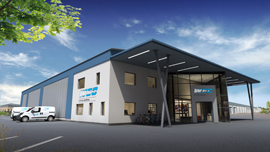 Despite 2020 being a very challenging year for the manufacturing industry as a whole, WEC Group has continued to invest into their award-winning scheme and the company forged ahead with their plans to build a new 25,000ft² state-of-the-art Training School at the Walker Park Industrial Estate, in Blackburn. The new Academy was granted planning permission during the first national lockdown, and the WEC Apprentices are now busy fabricating the steelwork for their new training school. The new training facility is now expected to be erected by the end of December 2020 and it will allow the company to double their intake of apprentices, creating more opportunities for local individuals to begin a career at a nationally recognised engineering company.

The Education and Skills Funding Agency’s director of apprenticeships Peter Mucklow said: “The number and quality of entries this year was outstanding, demonstrating the importance of apprenticeships for employers and individuals alike.”

Mucklow thanked all of the over 1,100 entrants for “taking time to share their apprenticeship journey”.

Chancellor of the Exchequer Rishi Sunak added: “With such strong competition in businesses right across the country, the winners of this year’s National Apprenticeship Awards should hold their heads up high.”