Erected in the memory of the 31 British nationals who died as a result of the terrorist attacks in Sousse in June 2015 and the Bardo Museum attack in March 2015, the ‘Infinite Wave’ sculpture was unveiled by the Duke of Sussex in a ceremony at the sculpture’s location in Birmingham’s Cannon Park on Monday 4th March.

M-tec were approached to fabricate the complex sculpture which was designed by George King Architects. Taking approximately 4 months to fabricate, the design of the sculpture is a tubular design made from 316 stainless steel schedule tubes. It was fabricated in three sections using specially designed jigs– two end sections that were welded and polished as a complete assembly and a middle section that was a series of individual polished tubes that connected the two ends. 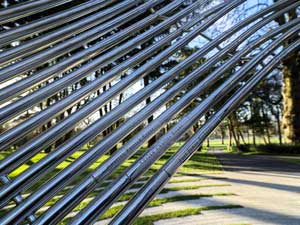 The sculpture was a particularly complex design due to the fact that no two tubes were identical to each other. Other challenges included maintaining the structural integrity of the fabrication, the need to transport and install the sections without causing any damage to the sculpture because of the irregular shape of each section, the positioning on site so that the middle sections fitted correctly and also the polishing of the sculpture both in the workshop and on site to achieve a mirror finish.

George King, Principal of George King Architects said: “Throughout the design and construction process we have been acutely aware of the significance that this memorial has for the families who have lost loved ones, the survivors and the wider community. We put them and their experiences very much at the heart of the design concept. We are extremely proud of our team whose hard work and dedication over the past two years has delivered a beautiful and poignant memorial that we hope will have a special place in people’s hearts for many years to come.”

Tom Elliot, Divisional Manager at m-tec, said: “We are honoured to have played our part in the creation of this very special memorial for the terror attacks in Tunisia. The sculpture is a stunning piece of design work and a fitting tribute to everyone affected. It was such a pleasure to attend the moving ceremony that was held at the unveiling and to have the meaningful sculpture.”

This marks the second of our sculptures to be unveiled by HRH Prince Harry, the first of which being the Folkestone WW1 Memorial Arch which was unveiled in 2014.

We would like to take this opportunity to thank everyone involved in the fabrication and installation of yet another stunning stainless steel memorial. This is a perfect example of what can be achieved when engineers and architects work together to create something truly unique. 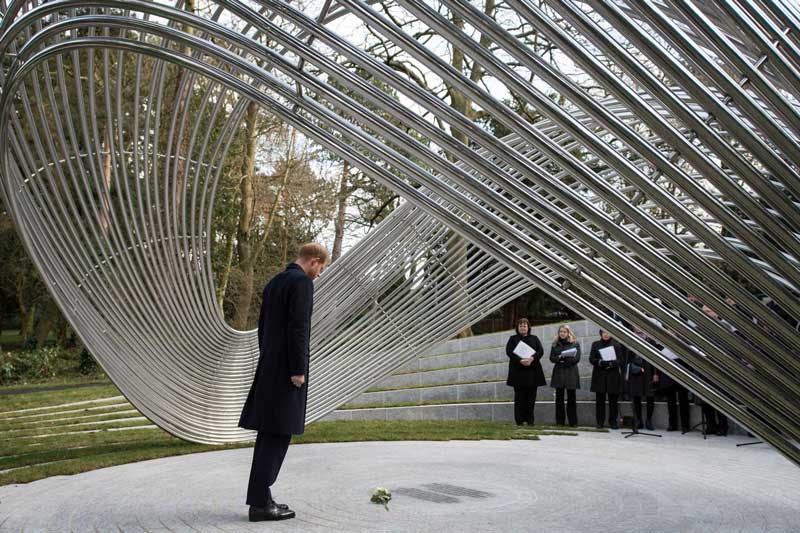