Manufacturer of the Year 2012 Title for WEC

Previously winning 'Deal of the Year', 'Training & Development' and the prestigious 'Business of the year', in 2011, 2010 and 2009 respectively, Group director Wayne Wild stated he is:

"Delighted with the firm's winning streak, it's our fourth award on the trot and each year it's been a different award"

He went on to acknowledge that the company faced fierce competition which has made the win even more rewarding.

WEC Group is fast-expanding, 2012 has produced record sales for the company and a target turnover for 2012 has been estimated at between £40 and £42 million. Currently operating in a variety of industries including aerospace, defense, rail, marine, food, oil & gas and security, the group plans to expand into more markets including home-ware in the upcoming months.

WEC Group has this year secured contracts to supply CCTV camera poles for various uses in the Middle-East, North Africa and Kuwait; with orders totalling in excess of £1.4 million, export now plays an important role in the company's future plans.

Further growth is demonstrated by the company's acquisition of a 30, 000 square foot unit for £1.5 million at Walker Park, Blackburn; and an additional £500,000 investment to purchase machinery and customise the building to accommodate WEC's specialised needs. The unit will house the relocating machining division comprising of companies including Hi-Spec CNC and Nutter Aircrafts, which need the move desperately to expand following their most successful year to date.

Other recent ventures include Tidymatic International Ltd which is developing the Plinth Vac, forecast to revolutionise modern kitchens, WEC Cooling and Sherburn Metalwork – all of which were created in 2011. In 2012 LogFire Stoves and Stoves Ltd was set up, this company will be manufacturing UK-based stoves for sale both across the UK and overseas, and with the first orders already coming through this new division is shaping up to be a big success for WEC!

Total investment is expected to reach £3.5 million by the end of the year.

WEC Group have committed themselves to 'giving back' to the local community over recent years, with the fabrication and donation of several public art features such as the new Darwen Tower Dome in 2011.

The Group uses the opportunity not only to give back to the town, but also to help train their apprentices in becoming first class engineers, as it is the apprentices in the WEC academy which manufacture the public donations from scratch.

This year the apprentices manufactured a memorial Spitfire sculpture, the idea for which was selected by WEC Group due to its significance to the town. The apprentices strived to have the feature ready for 10th November in time for Remembrance Day (Sun 11th Nov) which they achieved, the donation unveiling attracted a massive audience and the memorial now stands in Darwen town centre.

Marketing manager Jean-Yves Dziki comments "WEC has adopted the habit of accepting new projects from the local authorities every year free of charge so our apprentices can learn welding and fabrication while working on projects that benefit their town and bring pride to the local community". 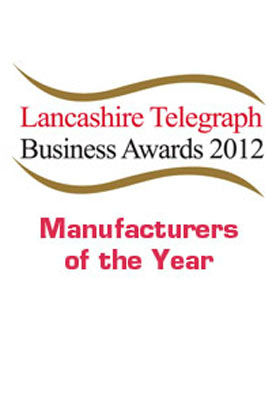